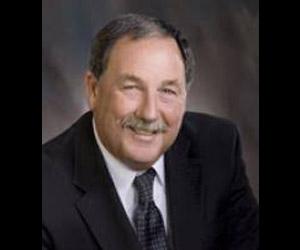 Joe Gunter
Mayor, City of Salinas
Board of Directors

Joe Gunter was elected as Mayor of Salinas in November 2012. After serving his country in the United States Marine Corps, Joe Gunter returned to Salinas and joined the Police Department in 1969. After 32 years as a Police Officer and Detective, he retired in 2002. Over the years he has served his community in many capacities. Joe has always been involved in community events and served six years as Director of Security for the California International Air Show. He is now the Past President of the Air Show, having served two years as President. He sits on the Board of the Central Coast Federal Credit Union and is the Chairman of the Supervisory Committee, responsible for reviewing and signing off on millions of dollars in loans. He is a Past President of the Women's Crisis Center for Monterey County and has been a volunteer for the California Rodeo and Alisal youth sports for over 30 years. For many years he was a board member of the Bobby Sox as a coach and served as President of the organization. Joe is the first Police Officer ever elected to the position of Mayor of Salinas.