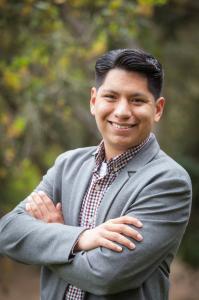 Anthony Rocha
Board of Directors

Anthony Rocha has served his community in many different capacities. Anthony was originally appointed to serve on the Salinas City Youth Advisory Commission by Councilwoman Gloria De La Rosa in 2015. On the Youth Commission Anthony pushed for more recreational and educational opportunities for youth. Anthony's advocacy led him to end up becoming one of the youngest members appointed to a city commission when at eighteen years old he was appointed to serve on the Library and Community Services Commission. He was later appointed to other boards such as the Monterey County Mental Health Commission, SUHSD Education Foundation board and the Measure X Citizens Oversight Committee. Anthony's passion is advocating for more opportunities for youth and giving youth a seat at the table."