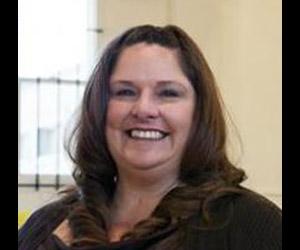 Kristan Lundquist
Superintendent, City of Salinas Recreation and Community Services
Board of Directors

Kristan grew up in Salinas, learning at an early age the importance of being part of a “team” while participating in a number of after school sports and enrichment programs.  She developed a passion for working with youth after spending numerous summers working for the Salinas Community YMCA in their Y Camp program.  After graduating from Salinas High in 1990, Kristan went on to obtain a Bachelors of Science in Recreation & Leisure Studies from California State University, Fresno in 1995.

Kristan knew she had been blessed as a youth to participate in a number of sports and other extra-curricular activities and wanted to give back to the community who had helped to shape her life.  After graduating from Fresno State, Kristan returned to Salinas and accepted a position with the City of Salinas, Recreation-Park Department.  Since July of 1995, Kristan has worked in a number of capacities within the City’s recreation services and also spent three years (2004-2007) working in the Human Resources Department where she honed her executive management skills.  Upon returning to Recreation in 2007, Kristan and her dynamic team of recreation professionals have been instrumental in building and sustaining a core of recreation programs and services for the City of Salinas.  Under Kristan’s leadership, recreation programs have flourished; consistently having nearly 300,000 annual visits at the City’s six neighborhood centers and over 4,000 annual youth sports participants.  Kristan attributes this success to the dedicated and professional recreation staff who work tirelessly day in and day out mentoring youth and building positive relationships in the community.

It is Kristan’s commitment to providing positive opportunities for youth and families that has helped to increase the community’s awareness of the critical role recreation plays in reducing youth violence.  Kristan is very involved with the Community Alliance for Safety and Peace (CASP) and serves on a number of committees including serving on the Board of Directors and Executive Committee.  Kristan believes in creating opportunities for deep meaningful engagement for youth and families and demonstrates this in her day to day work through the City and CASP.  Kristan truly loves the Salinas Community and its youth.  This is apparent by the countless children and youth from the recreation centers who she has built a personal relationship with.