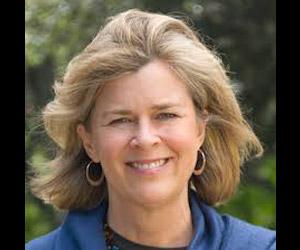 Rancho Cielo is a 100-acre campus in East Salinas providing education, vocational training, and enrichment for underserved and at-risk youth in Monterey County. Rancho Cielo’s vision is to transform the lives of at-risk youth and empower them to become accountable, competent, productive and responsible citizens. CEO Susie Brusa’s background is in the private sector, previously working as a Sales VP in Agriculture and Telecommunications companies. She is a certified professional coach and ran her own consulting business, which took her around the nation, to Europe and to Asia. Ms. Brusa holds a B.A. from Pomona College in Claremont, where she was elected Phi Beta Kappa, and attended Harvard Business School’s Executive Education Program in non-profit management.  She is a past president of the Junior League of Monterey County and serves on several other community Boards. As CEO of Rancho Cielo, she has led the growth in their community impact and youth success while more than doubling the number of students served.  In 2016, she was awarded the prestigious Talcott Bates Award by the Monterey County Child Abuse Prevention Council, and in 2018, she was named Businesswoman of the Year by the Salinas Valley Chamber of